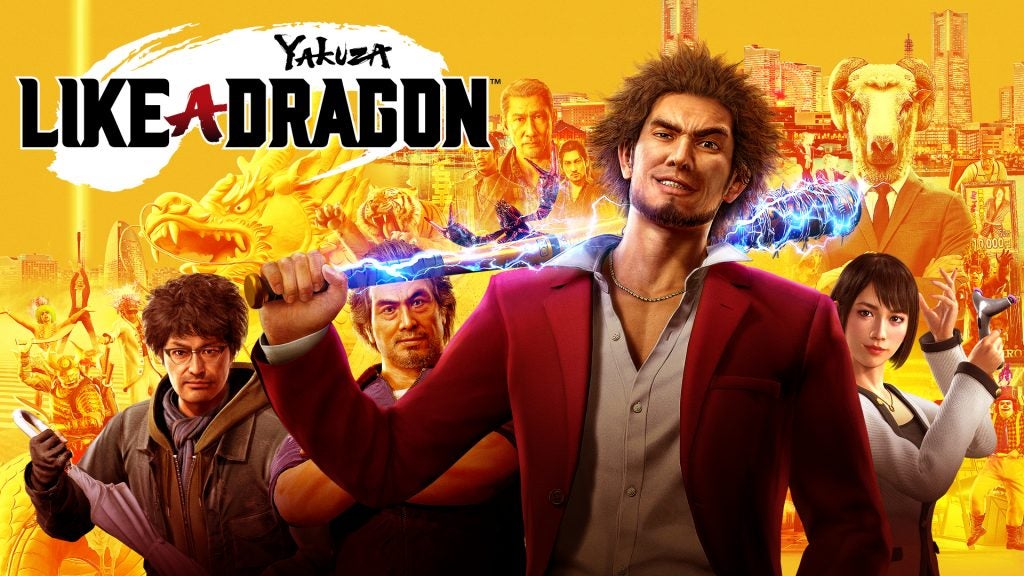 Yakuza: Like a Dragon is the latest entry in SEGA’s beloved franchise, and will be making a splash on Xbox Series X and other platforms later this year

In all departments, this is a monumental departure for the franchise and one that has fans waiting eagerly in anticipation. Now, we know exactly what it’s all about.

Coming our way this November, we don’t have a massive amount of time to wait until the 7th instalment is in our hands. So, we have compiled everything you need to know about Yakuza: Like a Dragon including all the latest news, release date, gameplay trailers and more.

Yakuza: Like a Dragon news – PS4 saves won’t transfer over to PS5

In what is probably a massive blow to PlayStation owners, SEGA has announced that save progress for Yakuza: Like a Dragon will not carry over from PS4 to PS5, despite a free upgrade being available for the platform in March 2021.

It remains unclear why exactly this is the case, and hopefully won’t become a common issue with cross-gen upgrades, given the transfer of saves and trophies is one of the big reasons why you’d want such a feature in the first place.

Yakuza: Like a Dragon release date – When is it coming out?

SEGA has confirmed that Yakuza 7: Like a Dragon will be coming to PS4, Xbox One, Xbox Series X, Xbox Series S and PC on November 10, 2020. The PS5 version won’t be arriving until March 2021, hinting that perhaps Microsoft has organised some form of platform exclusivity for next-gen versions of the game.

Yakuza: Like a Dragon trailers – How does it look?

A number of trailers have now surfaced for Yakuza 7: Like a Dragon, providing details on the next installment’s narrative, characters and gameplay systems. As we mentioned before, it’s due to be a fairly big departure from the series’ roots.

Yakuza: Like a Dragon story – What do we know?

Like a Dragon is the beginning of a new era for Yakuza, with the tale of beloved protagonist Kazuma Kiryu coming to a satisfactory close in the previous game. Now, the baton has been passed to a new hero, one who has an extraordinary legacy placed upon his shoulders.

Ichiban Kasuga is the player character this time around, a fledgeling Yakuza younger than his years thanks to dire circumstances far beyond his control. In 2001, Kasuga is asked by the Tojo Clan to take the fall for a murder he didn’t commit. Thinking this is his chance to impress superiors, he takes the offer, failing to realise it means 18 years in prison.

He emerges 18 years later, expecting to be hailed as a hero for his sacrifice. Unfortunately, not a soul remembers him. Dumbfounded, Kasuga returns to his old haunt of Kamurocho in search of his old patriarch, Arakawa. After meeting up and expecting answers, Arakawa shoots our hero and leaves him for dead, setting off a series of mysterious events. 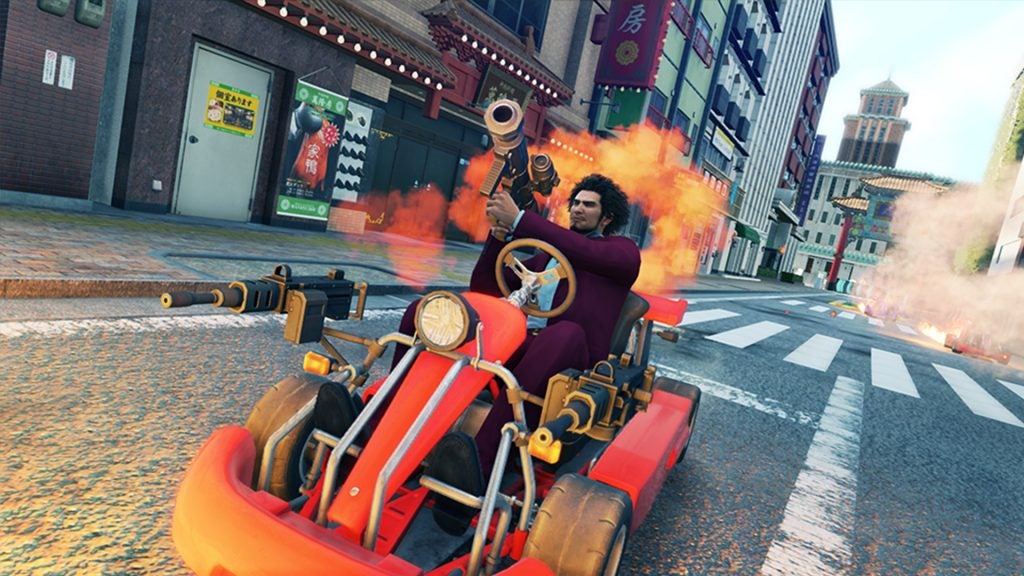 Kasuga wakes up buried in rubbish with his wound crudely stitched up. When asking a stranger where he ended up, he finds out he’s in the city of Ijincho, Yokohama. This sounds like the worst bender of all time. With no home, no friends, and no money, Kasuga has a lot of catching up to do.

Yakuza: Like a Dragon gameplay – How does it change things up?

For years, the Yakuza franchise has been known for its absurdly detailed worlds and fast, frantic and wonderfully brutal real-time melee combat. Like a Dragon is taking this formula and hurling it directly into Tokyo harbour. SEGA has transformed it into a turn-based RPG with more in common with Persona than what came before.

SEGA has said if this new spin on the formula is badly received it will return to what we know and love from previous games, but we’re honestly excited for a change of pace, introducing something we’ve never seen from the series before. Kasuga can recruit party members throughout the story or as part of optional missions, the latter of which can be summoned to perform some brilliantly wacky attacks through our hero’s smartphone.

One involves ordering takeaway, resulting in a swarm of actual crawfish attacking enemies. Yes, it really is that ridiculous. Think of it as a more “realistic” version of summons from Final Fantasy where instead of summoning ancient gods you’re calling upon the help of drunken office workers to put the beatdown on some thugs.

Related: Everything we know about the PS5 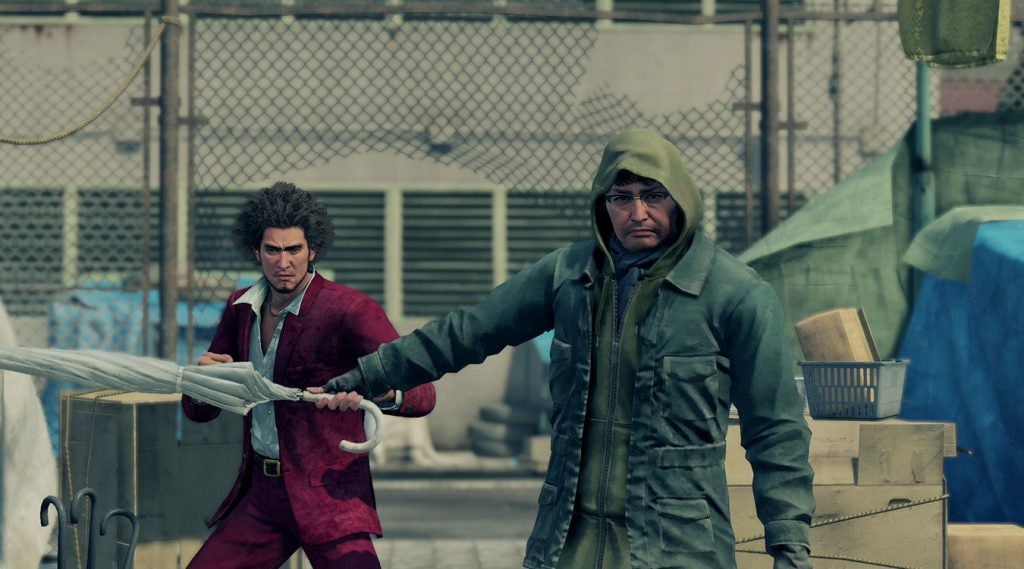 You can select from a number of classes each with their own skills and abilities, although you’ll need to visit the vocational centre to unlock them. So far we’ve seen Kasuga don a breakdancer’s outfit to pull off some gnarly spin attacks and spray foes with a bit of the bubbly as a bartender. All of these are silly in the way Yakuza is renown for, evidently tongue-in-cheek without sacrificing some truly excellent mechanics.

Obviously, it wouldn’t be Yakuza without a bunch of quirky side activities to partake in, and Like a Dragon is no slouch in this regard. Throughout the adventure you’ll be able to partake in karaoke, go-karting, examinations to improve your attributes and a bunch of other slapstick minigames. We’ve likely only seen a bit of what Yakuza 7 has to offer thus far, with more to be revealed ahead of the western release later this year.

Yakuza: Like a Dragon demo – Can I play it before release?

The answer is yes, but this comes with some caveats worth mentioning. For starters, you’ll need to have access to a Japanese PlayStation Network account to access the region’s store and download the playable demo, which itself provides a hefty glimpse at Yakuza 7.

You’ll be free to explore the open-world, take part in battles and sink into some side activities. SEGA’s demos are historically substantial, and this one is no different. We’ll keep you updated if an English demo eventually rears its head, so keep your fingers crossed for now!

The post Yakuza: Like a Dragon: PS4 save data won't work on PS5, Sega has confirmed appeared first on Trusted Reviews.

Kaspersky Free support will be discontinued. It is recommended to switch to Kaspersky Security Cloud Free

AirPods Studio to skip iPhone 12 event, and they won’t be cheap