Change backed out to no effect – eek 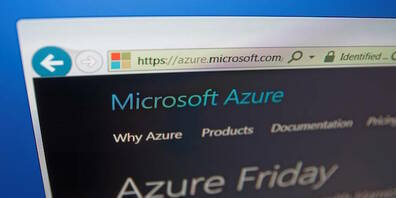 Updated Microsoft’s online authentication systems are inaccessible for at least some customers today, locking those subscribers out of tons of Redmond-hosted services if they are not already logged in.

And, according to the software giant, its attempt to rectify the system failure, by backing out a recent change, did not work.

The message was later tweaked to:

Starting at approximately 21:25 UTC, a subset of customers in the Azure Public and Azure Government cloud may encounter errors performing authentication operations for a number of Microsoft or Azure services, including access to the Azure Portals. Engineering teams have been engaged and are investigating. The next update will be provided in 60 minutes or as events warrant.

⚠️ We are investigating an issue impacting Azure AD Authentication. More information and updates can be found on the Azure Status page at https://t.co/Dw19fIGsXf

Since Microsoft Azure acknowledged the issue, some 2,500 reports of problems accessing MICROS~1’s sprawling internet platform, from Azure cloud services to website hosting and virtual machines, have been registered at DownDetector.com. Via Twitter, people have reported that Microsoft’s Power BI is inaccessible and complained the Azure status page didn’t or still doesn’t accurately reflect the status of Azure services.

The Azure Status Page, which showed no problems in its grid of services initially, has since been revised to reflect at least problems with Active Directory authentication. In August,

Microsoft acknowledged its status page doesn’t always contain details about service problems, where “doesn’t always” means it misses “more than 95 per cent of our incidents.”

Beyond Microsoft’s public and government cloud wobbles – good luck, JEDI – the authentication system outage has hit its other online services, including Outlook, Office, Teams, and Microsoft Authenticator. If you’re not already logged in, it appears, you may be unable to get in and use the cloud-based applications as a result of the ongoing downtime.

In a status note on its Microsoft 365 site, the biz said it tried backing out an update in hope of undoing the IT breakdown and found that didn’t help. It’s still working on the problem:

More info: Users would be unable to access Outlook.com, Microsoft Teams including Teams Live Events, and Office.com. Additionally, Power Platform and Dynamics365 properties are affected by this incident.

Existing customer sessions are not impacted and any user who is logged in to an existing session would be able to continue their sessions.

Current status: We’ve identified that reverting the recent change did not alleviate impact to Microsoft services as expected. We’re working to explore additional options for mitigation.

Scope of impact: Any user may experience access problems for Microsoft 365 services.

A Microsoft spokesperson is looking into our inquiry about the outage. We will update this story if there’s anything more to tell. ®

Yakuza 7: Like a Dragon will be a launch title for Xbox Series X

CES is going all-digital for 2021: Which tech conference is next?