Remember TeraCopy? Our first review of the file copy program for Windows (and Mac) dates back to the year 2007. The program has evolved a lot since that time but our last reviews dates back to 2007 when TeraCopy 3.0 and TeraCopy 3.27 were released.

TeraCopy’s main aim is to improve file copy (and move) processes on the system. It replaces the Windows copy workflow with its own and adds several useful features such as file verification, options to copy locked files, and other options to the process. Some features, e.g. reporting, are limited to the paid Pro version of TeraCopy.

The developer of TeraCopy released the first beta version of TeraCopy 3.5 to the public this week. The new version introduces several new features to the application that improve it in several meaningful ways. A release date for the final version has not been revealed yet, but it is likely that it is not far away. 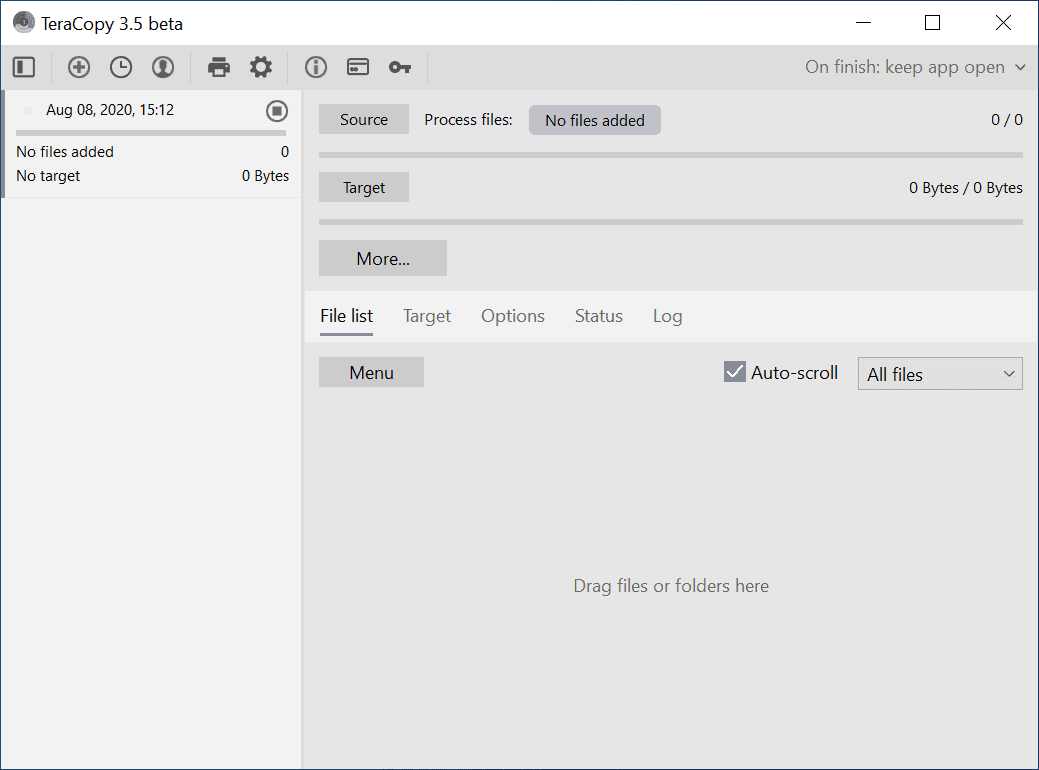 The new archive creation feature goes hand in hand with the new drag and drop confirmation dialog. It displays options, including options to create archives, in the dialog by default. It is possible to disable the confirmation dialog to add files or folders that you drag on to the interface directly in the main interface. You find the option to disable it in the Settings under “confirm drag and drop”.

Other improvements include the option to close the main window with the Esc-key, options to update the target folder by typing or pasting, a new source button menu, and dark mode improvements. Automatic dark mode switching is available on Windows 10 version 1809 or newer.

TeraCopy 3.5 will fix several issues that users may have encountered in previous versions of the program. One fix enables the copying of 3.99 Gigabyte files to Fat32 filesystems, another the reporting of incorrect total size formatting in some cases.

You can check out the entire changelog on the official Code Sector blog; there you find the download link to the beta release as well.