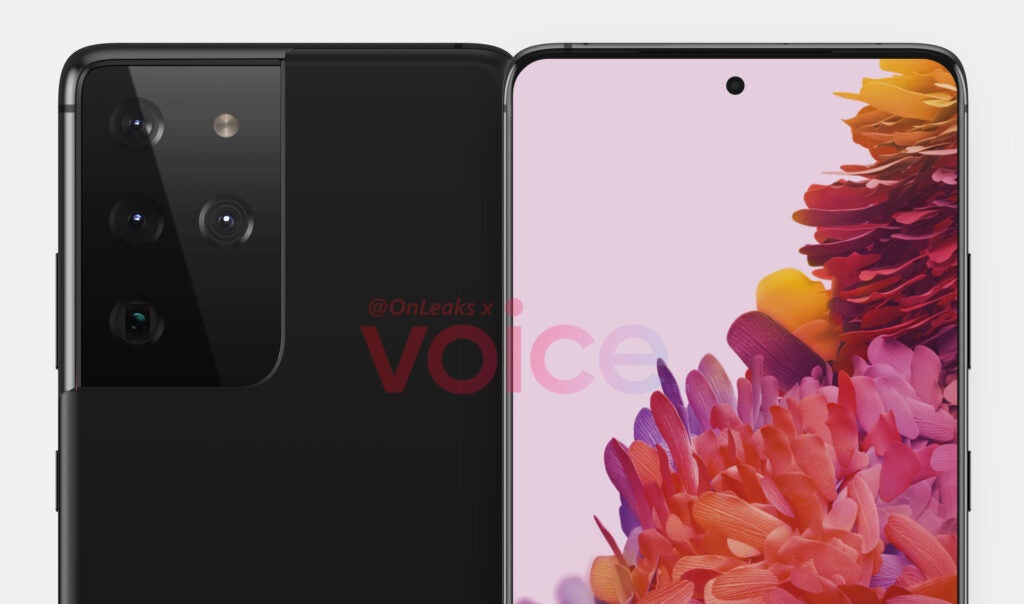 Samsung has revealed what might be its last big phone of the year – the Galaxy S20 FE – although you never know with the prolific Korean manufacturer. As such, we can look towards next year and the Samsung Galaxy S21 (or Galaxy S30) and a new leak has duly obliged.

2020 still has several months to go but we’ve already seen leaks and rumours emerge about Samsung’s first 2021 flagship – from its processor to its biosecurity tech. We’ve now had our biggest and most revealing leak yet, with the design taking centre stage.

Frequent Samsung leaker OnLeaks has revealed images of the expected design of the Samsung Galaxy S21 and S21 Ultra – with an interesting new camera bump immediately catching the eye.

The Galaxy S20 Ultra and Galaxy Note 20 Ultra already had mammoth camera modules but that doesn’t seem to be enough for Samsung. However, the design does appear to be more integrated into the rear of the device, which could either be a necessity of size, a design choice or something that may mitigate that annoying table wobble you get from big-bumped phones.

It’s interesting to note that a Galaxy S21 Plus was omitted from this leak. The omission would indicate little on its own but there isn’t a whole lot of room between a 6.2-inch and 6.7-6.9 inch display.

We’ll have to wait for more information to emerge on the new Samsung models but, with the company already selling a mammoth amount of phones, trimming down its flagship range wouldn’t be too of a surprising move.

The post Samsung Galaxy S21 set to go all in on the camera bump appeared first on Trusted Reviews.