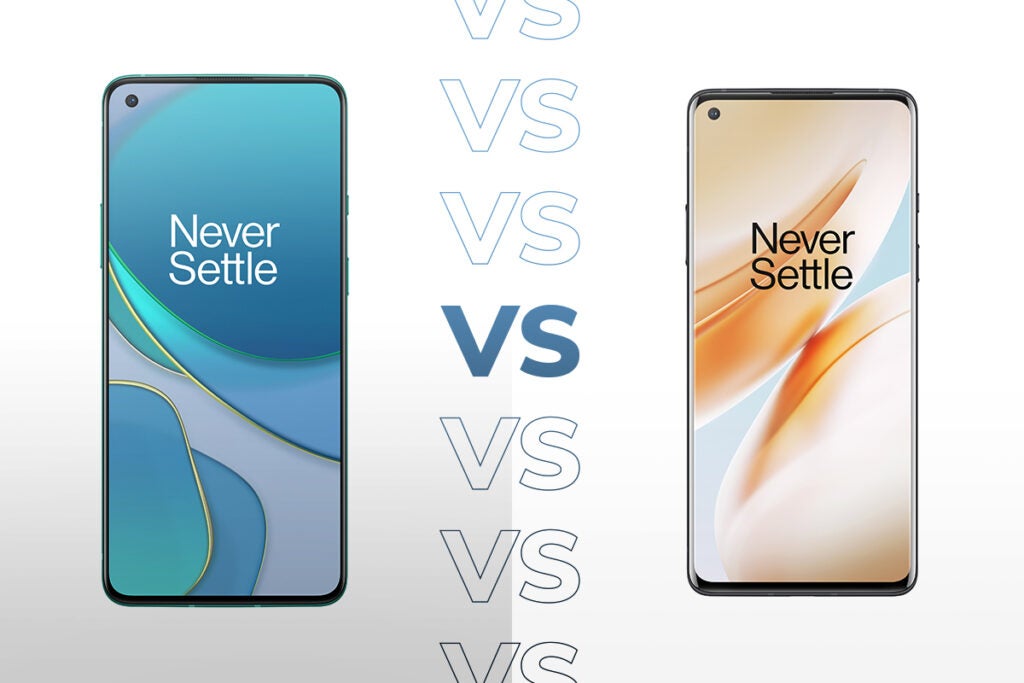 The OnePlus 8T has arrived, offering some key upgrades on the flagship from earlier in the year. However, it may not be enough for everyone – making OnePlus 8T vs OnePlus 8 a tough decision. Let’s take a look at five key differences.

The big news for the “T” lineup this year is that there is just one phone – no OnePlus 8T in sight. Instead. OnePlus has opted for a phone that sits nearly in between the 8 and 8 Pro when it comes to performance while slapping an attractive price on the new 8T.

The new model looks to be a hugely promising device for the mid-range market, with OnePlus looking to capitalise on the success it had at a lower price point earlier in the year with the OnePlus Nord. We’re delved deep into all the key details of the new OnePlus phone to pit it against its predecessor – here’s the lowdown on OnePlus 8 vs OnePlus 8T. 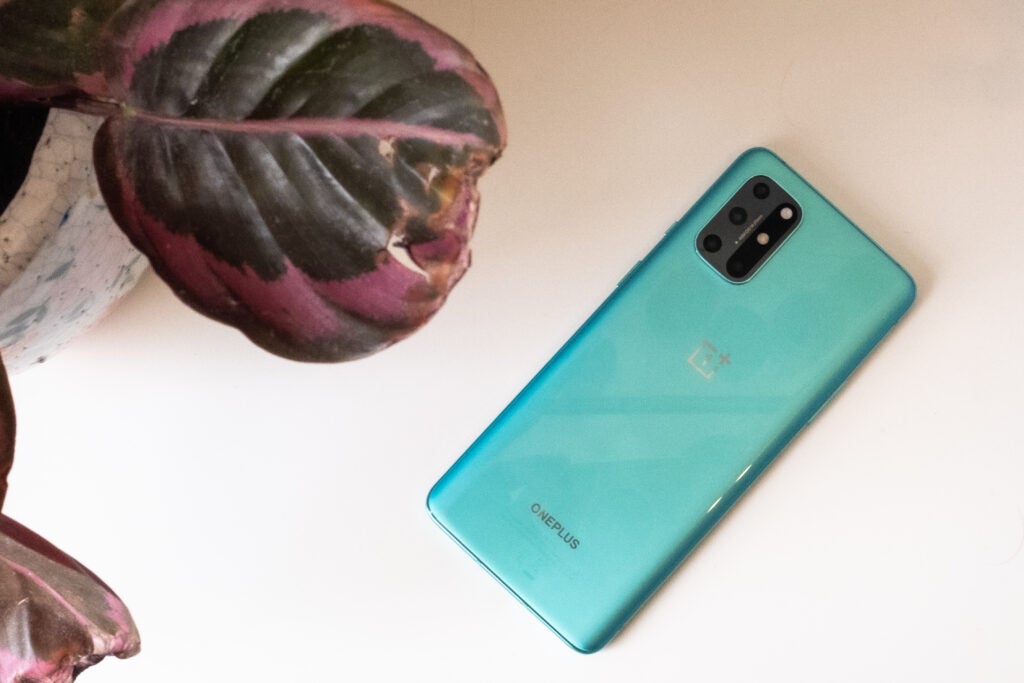 The new model wins out on the specs sheet

While there may not be a Pro model this year, OnePlus 8T still offers a good few specification upgrades. Here’s the full OnePlus 8T vs OnePlus 8 comparison:

As you can see above, 8T gets the same Snapdragon processor but the main highlight is a bump up to that glorious 120Hz refresh rate you got on the OnePlus 8 Pro.

The camera sees a good few changes, being boosted up from a triple camera setup to quad sensor combo. The OnePlus 8 range certainly offered the company’s best camera performance yet, with it being a bit of a OnePlus weakness for some time. However, the macro lens on the regular 8 was pretty much unusable so we’re hoping the 5-megapixel on the new OnePlus 8T might give this a boost. There’s a new 2-megapixel portrait lens too for those atmospheric blurry background poses.

Charging in a flash

OnePlus has always been known for pushing the boundaries when it comes to superfast charging and the OnePlus 8 range was no different – with the regular 8 and 8 Pro offering 30W wired charging.

For OnePlus 8T, the company is catching up to the likes of Oppo (SuperVOOC 65W) and Realme (SuperDart 65W) by jumping up to that delightful 65W wired charging. The upgrade means you can charge the OnePlus 8T from 0% to full in just 40 minutes and it also comes with a larger 4500mAh cell (up from 4300mAh).

If cutting edge fast charging is your bag then you’ll want to go for the 8T, but the OnePlus 8 is no slouch if it isn’t a big priority.

The Nord-style design is so much nicer

With the Nord, OnePlus joined the recent trend of nudging the camera module over from the centre to the side – and it looks so much better. Of course, it’s a matter of taste but, with much of the industry moving in this direction, it seems to think consumers agree.

Moving the camera module to the side certainly allows for a more unbroken design on the rear on the device, showcasing whatever colours the company is choosing to prominently feature. In the case of OnePlus, it gives a broad canvas for that luscious Glacial Green to catch eyes and make its mark.

The new price could be a hard sell for some

Along with competition from Samsung Galaxy S20 FE and Pixel 5, the biggest hurdle for OnePlus 8T is its new price. Without a Pro model, the 8T has been positioned in between the 8 and 8 Pro when it comes to specs, but with a price of £549 for 8GB RAM and £649 for 12GB RAM.

On first look, the price may look attractive. OnePlus 8 launched at £599 and the 8T is an unquestionably better phone starting at a lower price. The catch comes when looking at the current price of the OnePlus 8 Pro, which can be bought for around that £649 mark now.

While OnePlus 8T has made strides towards the quality of the Pro in terms of the display, you’ll still need the OnePlus 8 Pro if you want wireless charging, an IP68 rating and enhanced camera capabilities. In short, if you’re after the best OnePlus has to offer then the 8 Pro is still it and you can get it for just £100 more than the 8T.

However, this point won’t hold water with everyone, as many may prefer the flatter design of the 8 and 8T compared to the 8 Pro – with deputy editor Max Parker describing the OnePlus 8 as “so much nice to hold and use.”

Is there enough of a reason to upgrade?

If you are making the switch from a OnePlus device that’s a few years old or coming to OnePlus for the first time then the new 8T may very well be the ideal option for you – offering top-notch design, a gorgeous display and improved camera chops.

However, OnePlus 8 and OnePlus 8 Pro users with money to burn should probably not bother burning it here. If you chose the OnePlus 8 first time around then you were likely happy to settle for that, still perfectly nice, 90Hz display. The 8T doesn’t offer a ton of upgrades for you.

If you’ve got a OnePlus 8 Pro then you still have the best that OnePlus has to offer. Even if the redesign may have caught your eye, you should probably save your cash.

The post OnePlus 8T vs OnePlus 8: There are 5 key differences appeared first on Trusted Reviews.