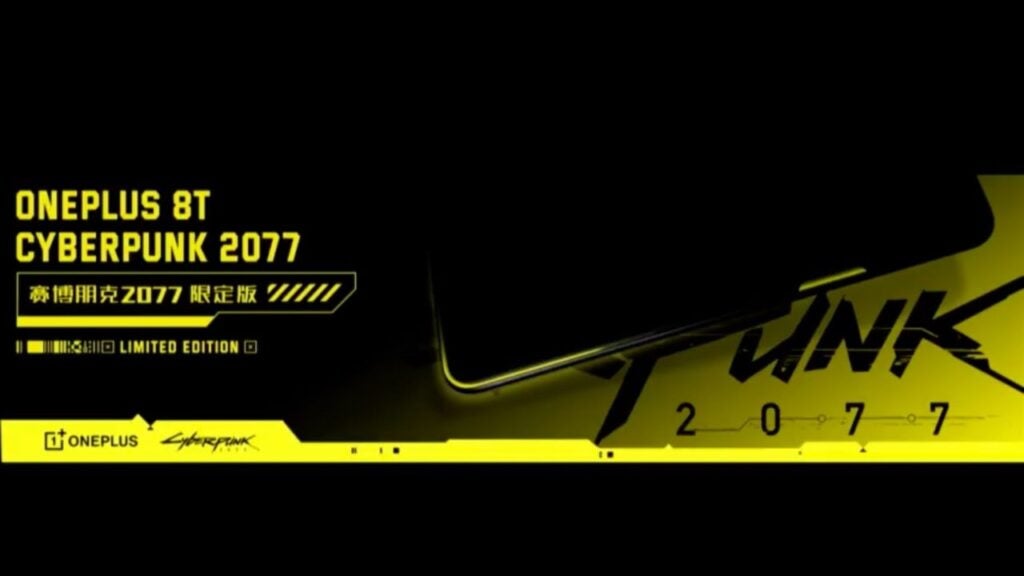 OnePlus loves a tie-in, so it’s no surprise to see the company hook-up with the forthcoming Cyberpunk 2077 game for a limited edition OnePlus 8T handset.

Following the announcement of the late 2020 flagship, OnePlus revealed a Cyberpunk 2077 special edition handset, which will go up for pre-order on November 9.

The trailer posted online doesn’t exactly say what’s so special about this edition. It appears to have some yellow tints, but perhaps we’ll get some official renders in the run up to launch.

Other special edition handsets, such as those that accompanied Star Wars movie releases, have offered different colourways and, in some instances, different casing materials. We’d imagine OnePlus will share more details in the coming days and weeks.

The teaser shows the handset within the game world, accompanied by the caption “you will never know the truth until the phone rings.” Whether this means the handset will actually appear in the eagerly awaited open world game remains to be seen. It’s also possible the phone might unlock some special items within the game, but that’s just speculation on our part.

After some long delays, Cyberpunk 2077 will be released for current- and next-gen consoles on November 19, so the timing is good. It’s set to be one of the most successful releases of the new era.

We’ve already reviewed the OnePlus 8T following its release earlier this week, and it’s another hugely polished release from the Chinese company. In awarding the phone 4.5/5 stars, we praised the lovely display, mega-fast charging, top performance and the presence of Android 11 out of the box. All that lets the phone down is the lack of wireless charging, no IP rating and the poor quality of the secondary cameras.

Do you plan on buying the OnePlus 8T when it goes on sale? Let us know @trustedreviews on Twitter.

The post OnePlus 8T Cyberpunk 2077 edition could be the hottest phone of the season appeared first on Trusted Reviews.

Android 11 Features: The biggest changes revealed in the public beta

HTC could release a flagship 5G phone in time for summer