The choice will not really be Windows or Linux, it will be whether you boot Hyper-V or KVM first, and Windows and Ubuntu stacks will be tuned to run well on the other. 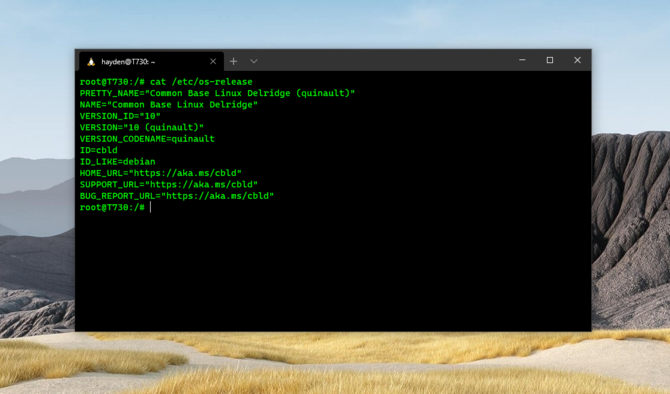 There have been a string of pieces wondering aloud whether Microsoft is going to rebase Windows on the Linux kernel in the future.

I have a unique perspective on Microsoft’s Linux involvement. I help deliver Ubuntu on Windows Subsystem for Linux in my job at Canonical. I regularly talk to many Microsoft employees working on Linux and various open source projects. I also get briefings on Microsoft products and strategy as an MVP. Note though, these are my personal thoughts, and I am not sharing anything here that is not public.

I have become somewhat of an intermediary between the Microsoft and Linux communities. It is something I am glad to do. There are creative, kind, and fascinating people in both communities. Interesting things happen when the lines between them blur. Fostering cross-pollination will make computing better for everyone.

I am deeply skeptical of the notion that Microsoft is going to shift the core of the Windows operating system to the Linux kernel, for both product and engineering reasons, any time soon. Let me explain why.

First, the reasons why I think this fantasy this keeps cropping up on Slashdot and Hacker News.

The reasons I do not think Windows will be rebasing to a Linux kernel are as followed:

The much more interesting question is not whether Microsoft is planning to rebase Windows to Linux, but how far Windows will go on open source. We are already seeing components like Windows Terminal, PowerToys, and other Windows components either begin life as or go open source. The more logical and realistic goal here is a continued opening of Windows components and the Windows development process, even beyond the Insiders program, in a way that benefits other operating systems.

After all, Windows has already adopted the Ubuntu release cadence, of six-month releases in April and October with set releases getting extended support. Windows 2004 and Ubuntu 20.04 landed within days of each other. I kid.

Raymond is correct in one key part of his blog. I do think the era of the desktop OS wars is ending. We are entering a new era where your high-end workstation will run multiple operating systems simultaneously, like runtimes, and not necessarily all locally. The choice will not really be Windows or Linux, it will be whether you boot Hyper-V or KVM first, and Windows and Ubuntu stacks will be tuned to run well on the other. Microsoft contributes patches to the Linux kernel to run Linux well on Hyper-V and tweaks Windows to play nicely on KVM.

Parts of Ubuntu will come to Windows and parts of Windows will come to Linux, thanks to an increasing trend towards open source across Microsoft.

The key take-away though is that open source has won. And Raymond can be proud of helping to articulate the case for the open source development model when he did.

Neither Windows nor Ubuntu are going anywhere, they are just going to keep getting better through open source, now even more together than imaginable before.

The work being done for GUI support on WSL has the potentially to dramatically improve the remote desktop and Windows virtualization experience on Linux.

Has Apple found the perfect way to keep the iPhone 12 5G price down?