Mozilla plans to replace the current print preview interface of the organization’s Firefox web browser with a new interface in Firefox 81.

Firefox Nightly users, those on the cutting edge development channel, get to use the new interface for printing already as it is enabled by default in the most recent versions of Firefox Nightly.

Printing is an essential part of any web browser and Firefox is no exception to that. Firefox users may use the shortcut Ctrl-P to open the print dialog directly, or  Menu > Print or Alt-key > File > Print Preview, to use the built-in preview feature to customize the printout before sending it to the printer.

The print preview interface in current versions of Firefox opens a dedicated window. 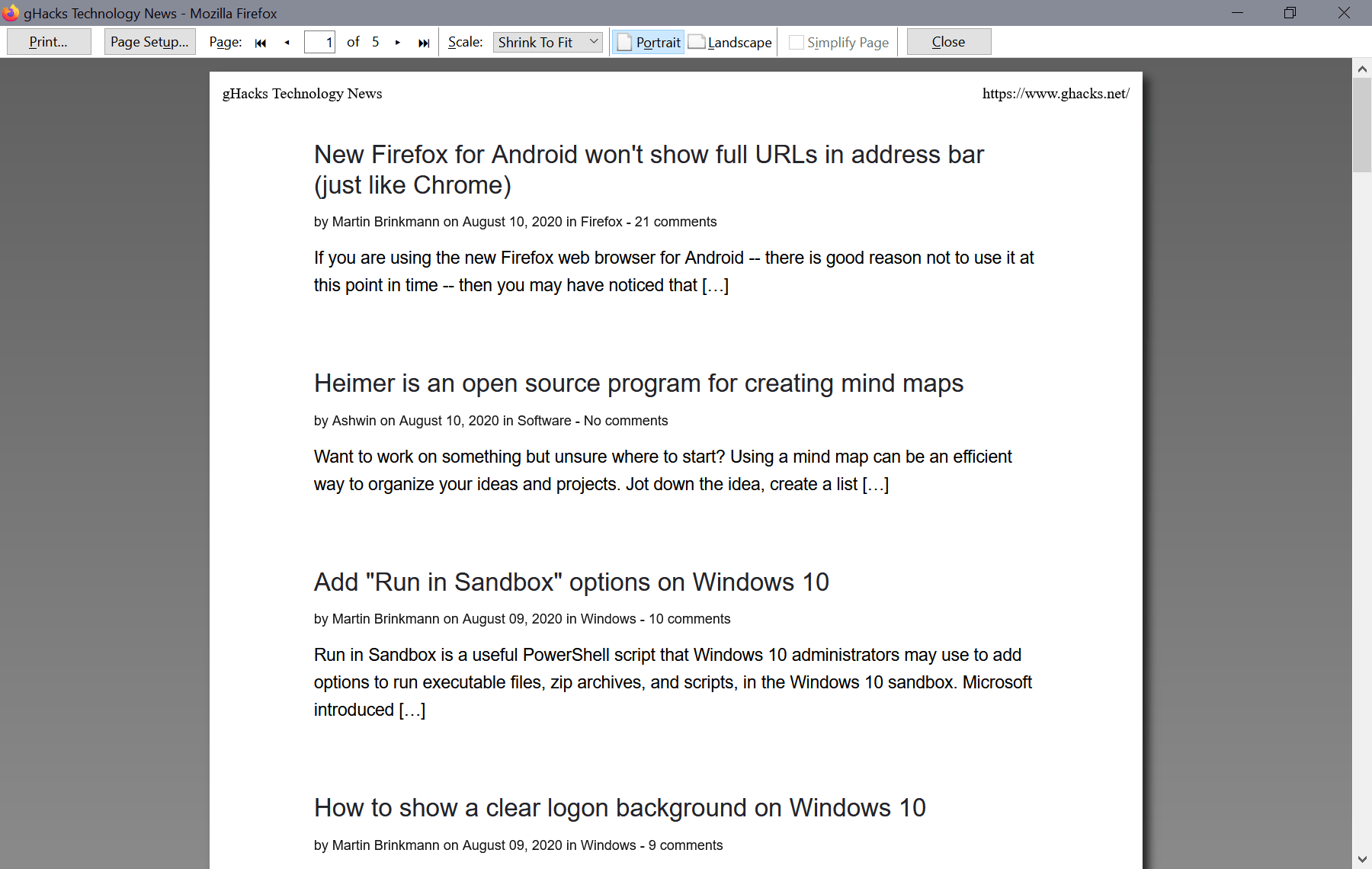 Options are displayed at the top of the window and the preview of the content that is to be printed is displayed below that.

Starting in Firefox 81, Mozilla plans to switch the classic print interface to a tab-based interface that resembles that of Google Chrome and other Chromium-based browsers.

The print preview is displayed in a two column design that separates the preview from the available printing options. One difference between the old and new preview interface is that you need to scroll to check other pages of the printout in the new preview while you can use controls to jump to any page in the classic version. 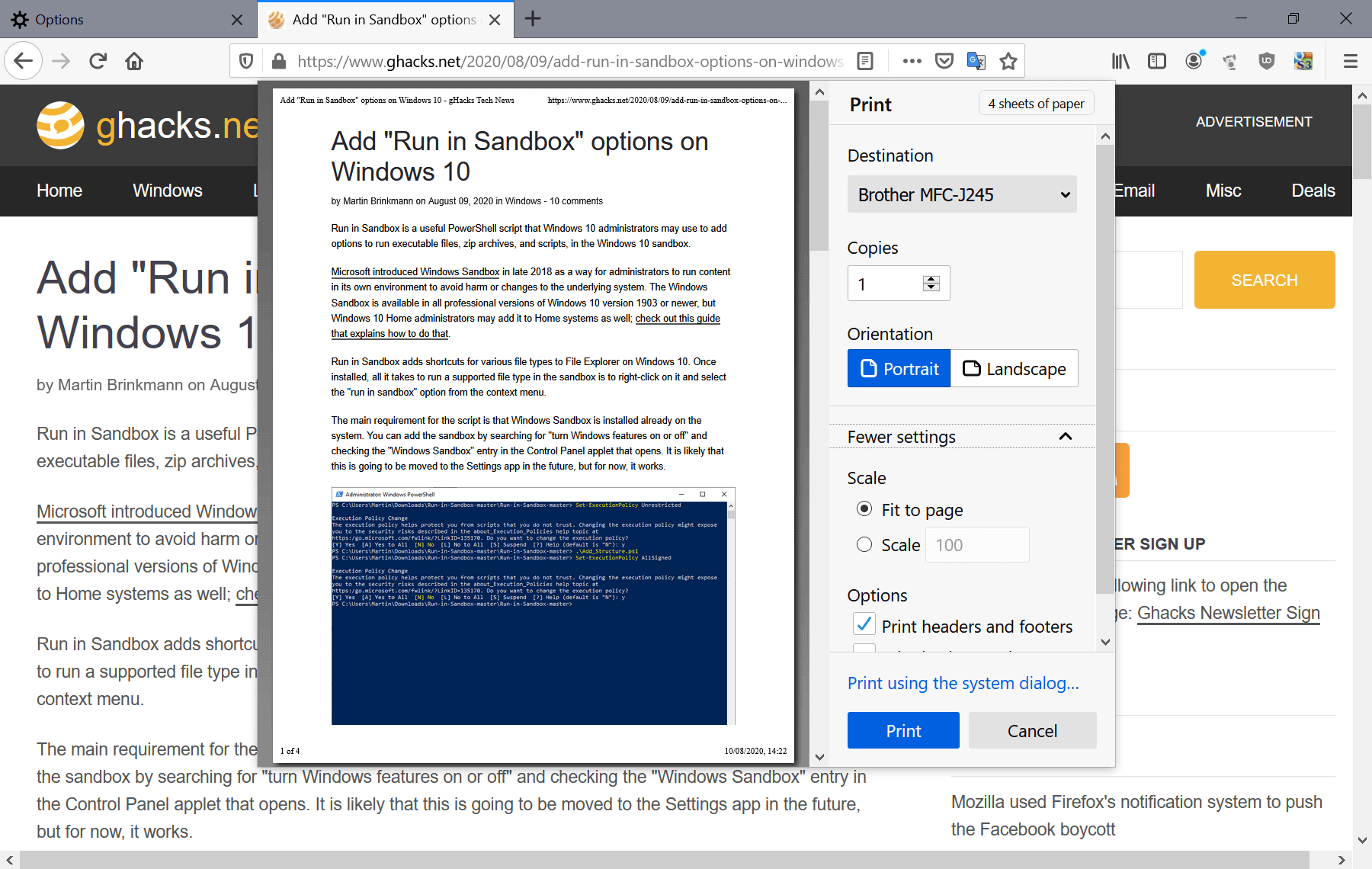 The following printing options are provided currently (some of them require a click on “more settings”):

The new dialog is a work in progress. The “simplify page” option is not available yet. Simplify Page changes the content of the page to a readability-like version. Internet users who are only interested in an article may not want to print menus, advertisement or other elements that are not directly related to the article. Firefox does remove some content automatically, however in both the classic version and the new version.

Firefox users may disable the new print preview interface in the following way:

Firefox 81 will be released on September 22, 2020 according to the release schedule.