And point everyone at LibreOffice, ta 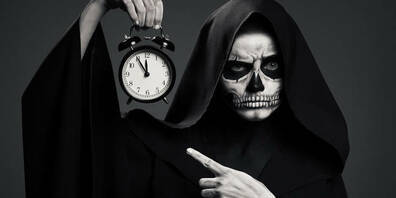 To mark the 20th anniversary of Apache OpenOffice, the project’s main rival, LibreOffice, published a letter asking OpenOffice to tell its users to switch.

Many people, the letter says, are unaware of LibreOffice because the OpenOffice brand is still so strong, despite the lack of significant updates over the past six years. To remedy the situation, LibreOffice is asking its competitor for an endorsement.

“Make them aware that there’s a much more modern, up-to-date, professionally supported suite, based on OpenOffice, with many extra features that people need,” says the letter, penned by the board of The Document Foundation (TDF), steward of LibreOffice. “We appeal to Apache OpenOffice to do the right thing.”

The rationale for asking OpenOffice to give up and go home arises from the Apache project’s leisurely release schedule. Or as TDF’s board put it, “[S]ince 2014, Apache OpenOffice (its current home) hasn’t had a single major release.”

Such slights notwithstanding, Carl Marcum, VP of Apache OpenOffice, on Wednesday marked two decades of OpenOffice in a statement: “It’s inspiring to see so many dedicated people from around the world volunteer their time to mentor, contribute code, test issues, moderate mailing lists, help on forums, translations, marketing and more to keep making this great product better and available for millions of users.”

OpenOffice, available for macOS, Linux, and Windows at no cost, has been downloaded more than 300m times. It consists of a suite of open source productivity applications including a word processor, spreadsheet, presentation editor, vector graphics editor, math formula editor, and database manager.

That same year, Jim Jagielski, Apache Software Foundation (ASF) co-founder and a member of the Apache OpenOffice Project Management Committee, acknowledged that the ASF board recognized OpenOffice was not a healthy project. But he subsequently insisted word of OpenOffice’s imminent demise was FUD spread by ‘the usual suspects’ – presumably LibreOffice sympathizers.

Asked about the LibreOffice board’s missive, Jagielski told The Register in an email that the letter came as something of a surprise.

“We were caught quite off guard by the open letter,” he said. “There are numerous ways for TDF to contact the AOO project and, from what we can see, none of those were used instead of the somewhat impersonal and semi-confrontational method of an ‘Open Letter.'”

Jagielski said both the ASF and the OpenOffice project are contemplating how to respond.

TDF forked the OpenOffice project after Oracle took over Sun a decade ago and then in 2011 donated the OpenOffice code to the ASF. At the time, TDF floated the possibility that the splintered projects might someday be reunited, but that hasn’t happened.

Jagielski points out that while the ASF has always been willing to cooperate with TDF and LibreOffice, the relationship has been mostly one-way due to differences in the software licenses governing the two projects. The licensing differences mean that LibreOffice (Mozilla Public License v2) can incorporate OpenOffice (Apache License v2) code changes but OpenOffice cannot do the same with LibreOffice improvements unless the code supports ALv2.

“Needless to say, the donation of OpenOffice to Apache, and its subsequent relicensing to ALv2, was a major benefit to LibreOffice, one that they continue to obtain benefits to this day,” explained Jagielski.

“Due to the nature of licensing, unfortunately, AOO is unable to do likewise, that is, use contributions intended for LO and pull them into AOO. We have always requested that TDF encourage all incoming contributions to be dual licensed under the ALv2 and they have consistently refrained from doing so. As such, the relationship is somewhat uni-directional.”

Jagielski says the OpenOffice team is glad LibreOffice has been doing well but would like to see code contributions licensed so both projects can benefit. He’d also appreciate an end to the AOO deathwatch.

“And even if somehow AOO ‘died’ tomorrow, the idea that we would ‘appoint’ LibreOffice, or any other singular project, as OpenOffice’s successor indicates a lack of understanding about non-profit foundations work. The ASF must remain neutral. There are, after all, other open source office suites available, each with their own audience and niche.”

A spokesperson for The Document Foundation, owing to the late hour in Europe when he replied to The Register’s query, didn’t have anything to add and said the letter speaks for itself.

Assassin’s Creed Valhalla System Requirements: What you’ll need to be a Viking on PC