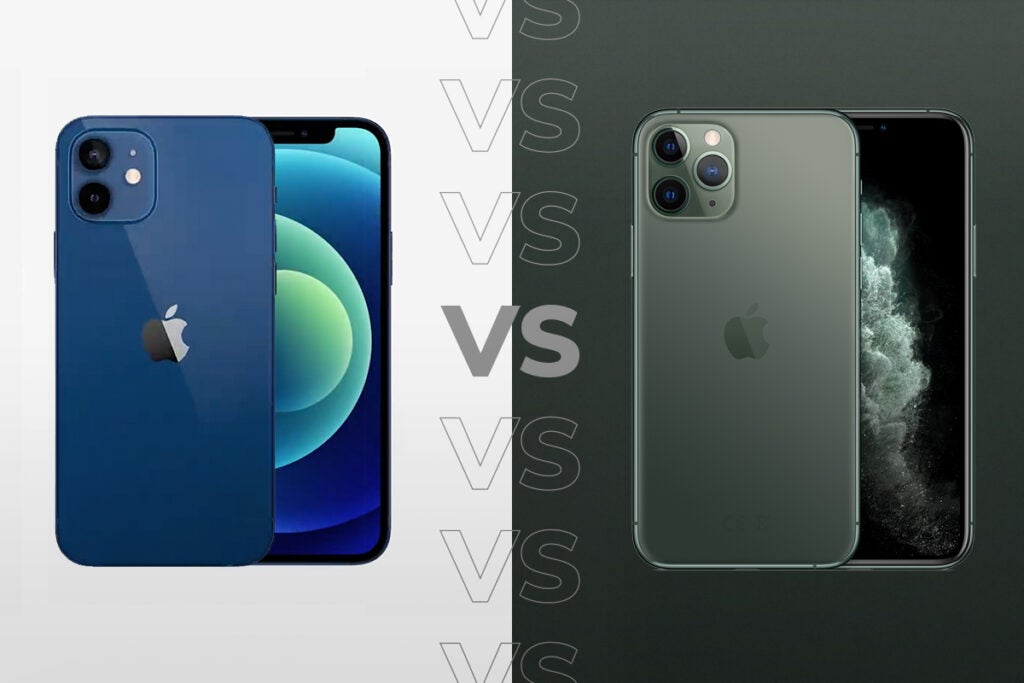 The iPhone 12 has finally arrived and with it, the iPhone 11-line’s time in the sun as Apple’s flagship has officially come to a close.

But, with a number of amazing deals storming the market on Apple’s older iPhone 11 Pro, you may justifiably be wondering what key extras you get with the iPhone 12.

Here to help you make the right buying decision we’ve created this guide detailing the biggest differences between the iPhone 12 and iPhone 11 Pro.

1. One of them has a distinctly retro design

The iPhone 12 has a very different design to the iPhone 11 Pro. Specifically it has a compact design that’s been clearly inspired by the iPhone 5 from many moons ago, which is no bad thing in our mind.

The design doesn’t just look better, according to Apple, it’s also tougher. This is because of the use of a new “Ceramic Shield” manufacturing process that makes the glass “the toughest on any phone ever made”. Apple claims it works by adding a new “high temperature” step to the manufacturing process.

Apple used a load of pseudo-science to explain the process – most of which sounded like it was lifted from a shampoo or Goop advert – but the Cliff Notes are that it’ll make the iPhone 12 a lot harder to damage than the iPhone 11 Pro.

5G connectivity was a weird omission from the 2019 iPhone 11 line, which is why we’re pleased to report the iPhone 12 has not just rectified the issue but, according to Apple, it’s put the competition to shame.

This is because the iPhone 12 not only supports the faster, albeit less common, mmWave form of 5G – most current 5G phones only support the slower sub-6GHz variant – it also has a cool “variable function”. This lets the iPhone 12 intelligently switch to the slower, but less demanding, 4G standard on a per-application basis to save battery when the faster data speeds aren’t needed.

Related: What is 5G?

We were huge fans of the iPhone 11 Pro’s rear camera setup, to the point we listed it as one of the only phones capable of taking on Google’s Pixel line when it came to photography last year.

But Apple claims it has miraculously managed to improve on the iPhone 11 Pro’s rear camera setup with the iPhone 12, loading it with two new sensors.

Specifically, it comes loaded with a 12-megapixel ultra-wide and a 12-megapixel wide lens. The setup adds new HDR modes alongside general improvements in image stabilisation, low light performance and general quality when capturing stills or video.

4. Only one offers “console quality” gaming

The iPhone 12 runs using Apple’s latest A14 Bionic chipset. The chipset debuted on the iPad Air 4 and on paper offers a number of improvements on the A13 Bionic used in the iPhone 11 Pro.

Specifically, Apple claims it’ll offer 40% better everyday performance and 50% better GPU/graphics performance than the A13 running on the iPhone 11 Pro. If accurate this will let the A14 offer “console-level” gaming experiences.

How to watch the Pixel 5 launch event live

PS5: Everything we know ahead of this week’s PlayStation 5 Showcase