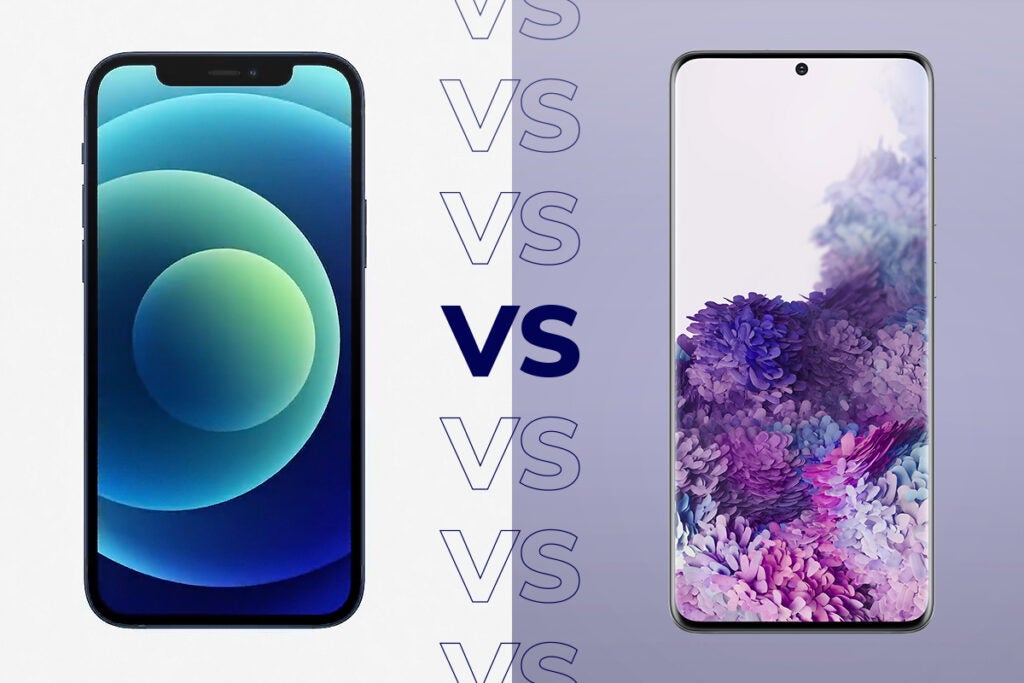 The official iPhone 12 unveiling is not yet cold, but with pre-orders now live many will already be pitting it against the best Android has to offer. To that end, one of the best Android phones is the Samsung Galaxy S20. Is Apple set to take Samsung to task in the iPhone 12 vs Galaxy S20 battle? Let’s find out.

It seems like a long time since the Galaxy S20 was released towards the beginning of 2020 but it remains one of the best Android devices you can buy – even with the launch of Samsung follow-ups like the Galaxy Note 20 and Galaxy S20 FE.

iPhone 12 is arriving a bit later this year but, when the announcement finally came around, it (mostly) did not disappoint – bringing Pro features down to the regular device and revealing spec bumps across the board.

We’ll have to wait to get our hands on Apple’s latest to give our full verdict but, for now, here’s our best take on Galaxy S20 vs iPhone 12 from everything we already know. 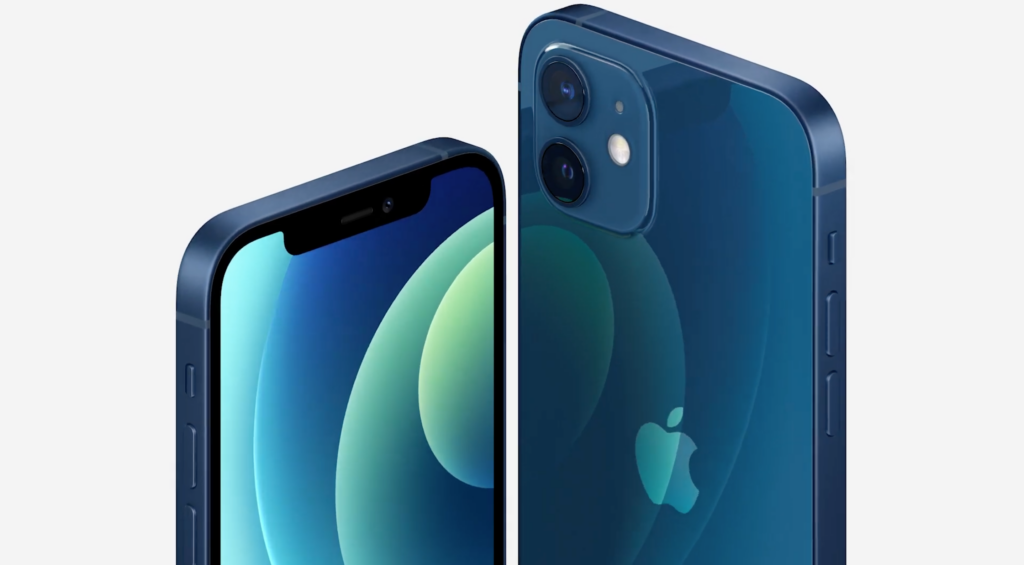 Apple and Samsung’s latest flagships are both fairly minor refinements on their predecessors when it comes to design – but one packs a bit more of a visual punch than the other.

Starting with the S20, Samsung has stuck to a very similar shape for 2020, with a slightly less curved screen being a welcome addition. A rejigged front-facing camera cut-out and rear camera module are just as welcome too. Ultimately, the design comes across as more refined and stylish.

The headline design change for iPhone 12 is the return of yesteryear’s industrial aesthetic, with flatter sides like the iPhone 5 and iPad Pro 2020. While it’s admittedly a minor change, it does go a long way in making the iPhone 12 stand out – and that’s before even seeing it in person. The iPhone 12 looks like no other device on the market and that’s something you certainly can’t say for the Galaxy S20.

The new iPhone also offers a more diverse range of colours. You’ll have to look to the Galaxy S20 FE for a line-up with similar variety in its colours. 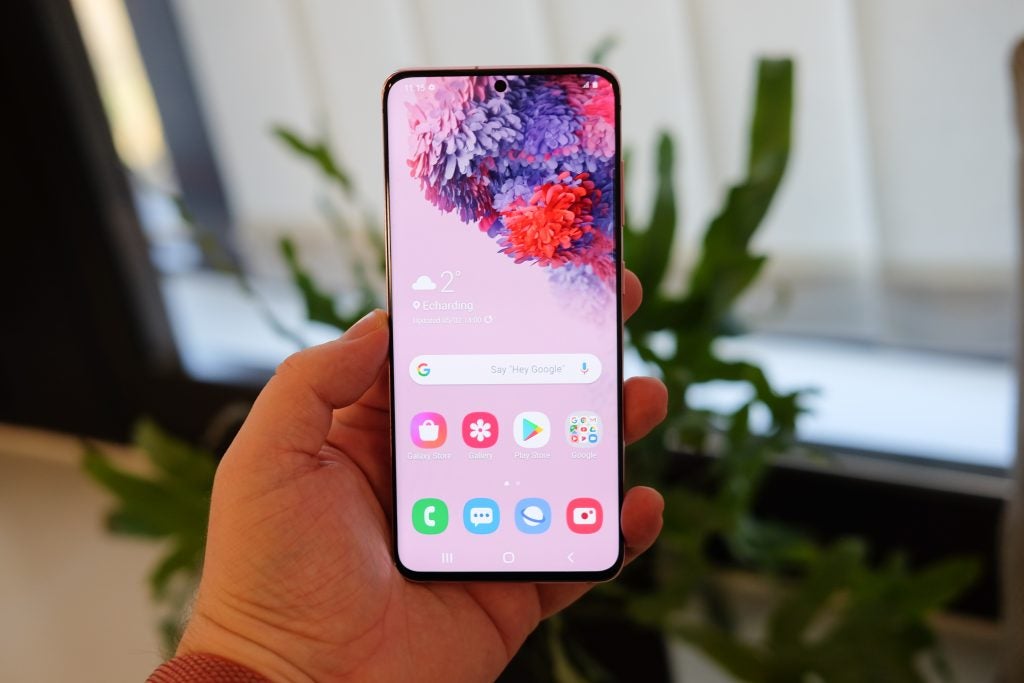 A tale of two refresh rates

Many have been crying out for a higher refresh rate on the iPhone, with the addition of ProMotion (120Hz) teased early on in the iPhone 12 rumour cycle. Unfortunately, those rumours turned out to be exactly that, as we’ve been saddled with plain old 60Hz for another iPhone generation.

For the Galaxy S20, the addition of a 120Hz refresh rate was a headlining feature in the phone’s spec list. Admittedly, battery life does take a hit and you are required to choose between QHD+/60Hz and FHD+/120Hz but the results are stunning. 120Hz mode provides immensely smooth tasking that will feel like a revelation if you’ve been saddled with 60Hz for so long. FHD+ isn’t all that bad alongside it either, thanks to Samsung’s swish OLED panel.

Apple and Samsung have been duking it out in the battle of camera chops for a few years now, with Google and Huawei’s woes in other departments taking them out of the contest.

The Galaxy S20 laid its stall out with a big step forward in camera capabilities over the Galaxy S10. The 12-megapixel wide, 12-megapixel ultra-wide and 64-megapixel telephoto trifecta provided a more reasoned experience than the all too showy Galaxy S20 Ultra. With the S20, you get vibrant and detailed images in any setting – with Samsung thankfully also dialling it back on its signature oversaturation.

For the iPhone 12, it’s a bit more about new features rather than new hardware. The new iPhone promises 2x optical zoom, 5x digital zoom, improved Smart HDR 3 and brings Deep Fusion down to the standard model.

You can also capture out Dolby Vision video up to 30fps, alongside 4K/60fps recording and video stabilisation. A big coup for Apple is including Night Mode across both the wide and ultra-wide lenses this year too.

We’ll have to wait to try out the new iPhone cameras before giving our final thoughts on this clash but it looks to be a tight one, with Apple’s success resting on the key new feature additions. 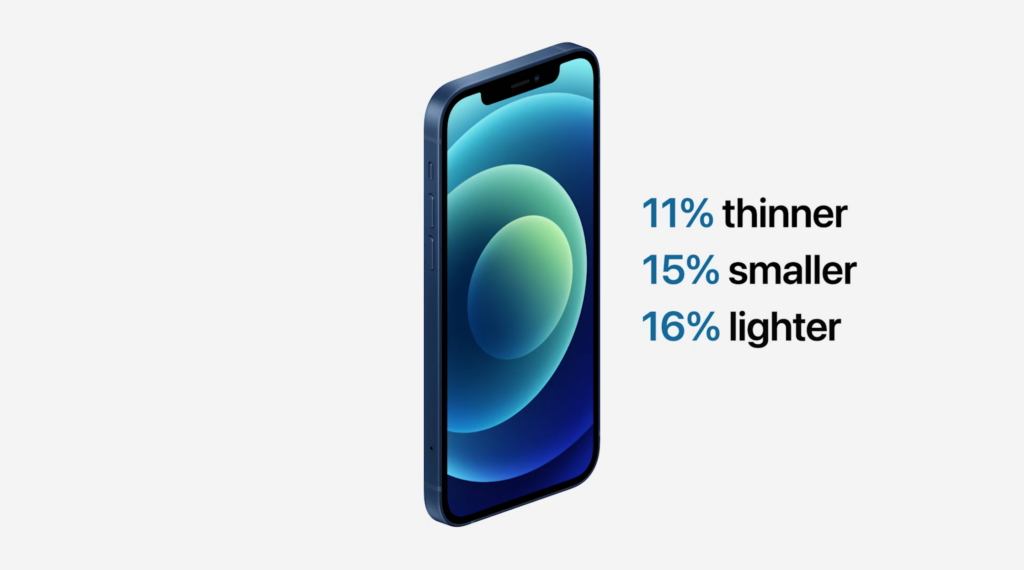 User-friendly sizing is back

Sick of ridiculously big phones? Well, Apple and Samsung’s new devices should provide you with some reprieve – especially the newly announced iPhone 12 mini.

We’ll stick to the regular iPhone 12 for this one but the improvements to its size aren’t to be dismissed just because the mini model has turned up. The 6.1-inch device is “11% thinner, 15% smaller, 16% lighter” than the iPhone 11. The new flatter sides should also surely make more a more grip-friendly experience too – ditching more slippery curved edges.

While the Samsung Galaxy S20 still has those slightly curved sides, it’s been reduced from last year and it’s certainly more friendly to those with smaller hands than its gargantuan siblings – the Galaxy S20 Plus and Galaxy S20 Ultra.

The reduced curves and sensible size mean it sits flush in your hands, offering strong viewing experiences via the 6.2-inch display, whilst not stressing you out when you try to reach the top with one hand. In the iPhone 12 vs Galaxy S20 battle, both have done a stellar job when it comes to ease-of-use.

A price reduction could sway you

Looking at the iPhone 12 vs Galaxy S20 in late 2020 means that Samsung has a key advantage. While the S20 launched at the same £799 price as the iPhone 12, it has now been over six months since the phone’s release and you can pick it up these days for around £150 less. If you’d rather not spend as much as £799 for a new phone then Samsung will get the win for you here.

In the iPhone’s corner is a redesign that truly makes it stand out amongst all other smartphones as well as boundary-pushing performance and camera features.

If you are a dedicated Samsung fan or Apple stalwart, there might not be enough to drive you across to the other side this year but the quality of both devices is so high that you won’t be unhappy with either.

The post iPhone 12 vs Galaxy S20: The battle of the flagships appeared first on Trusted Reviews.

Xbox Series S: Everything we know about the smaller rumoured console

Google shows off Android 11 emoji, including the return of a classic