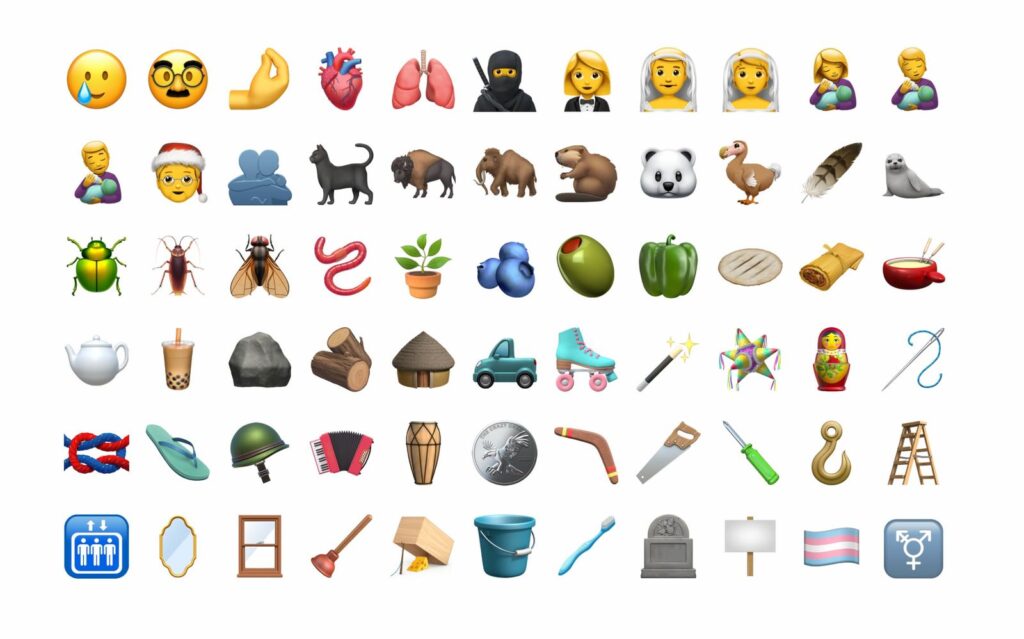 Apple’s iOS 14 operating system may have further enhanced the Memoji experience for iPhone and iPad users, but the humble emoji is still king.

So, it’ll please many that a new hatful of characters are coming in a forthcoming iOS 14 update. The new iOS 14.2 beta – which is currently in the hands of Apple developers – features 117 new emoji, many of which continue Apple’s commitment to more representative and diverse characterisations.

There’s a transgender flag and icon, as well as new gender representations. We’ve got women in tuxedos and men wearing bridal veils, as well as gender-neutral Mx options for both.

Emojipedia reports: “Prior releases assigned a man to wear the tuxedo and a woman to wear a veil, but these have been reclassified by Unicode as gender neutral emojis in Emoji 13.0, paving the way for consistent options for women or men to wear either, in addition to the default person design.”

Beyond the gender representations, there’s also a wide array of new animal, food, tool and object emoji as part of the release. There’s a new gravestone design, a blank protest placard, a plunger, a mouse trap, a boomerang, elevator symbol, and Taiwan’s greatest export – bubble tea!

Also, there are two emjoi we haven’t seen from Apple before in any form; the smiling emoji with a single tear (for those moments where you shed a tear of joy) and a disguise for when you just want to fit in with the crowd.

You can see some of the designs above, thanks to the folks at Emojipedia, who have previewed them all in a report today. iOS 14.2 is in the early stages of testing and will be released in the coming months.