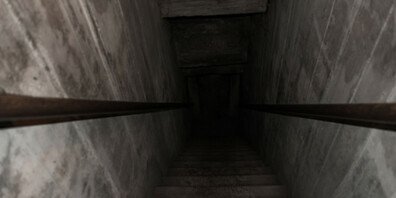 Who, Me? If there is one Microsoft product guaranteed to send a shiver down the spine of an IT pro more than Excel shoehorned into the wrong place, it’s Access inserted into any place.

Welcome to Who, Me?

Our story comes from an anonymous financial services company where a reader Regomised as “Chris” used to work back in the day.

He ran a branch office, which employed 20 people and was responsible for supplying custom servers, built in-house, to connect customers to the outfit’s POS network. The IT team initially consisted of our hero and a PFY, and the duo performed all the duties required to keep the lights on, as well as building servers to order.

It was a delightfully simple system. An order would come in, one of the pair would eyeball the stockroom, collect required hardware, and order in any components that were running low. It all went swimmingly… “until the Operations Manager got involved,” explained Chris.

The manager looked at the value of some of the parts (“Ariel 32 DSP Modems and the like”) and decided that a stock control application was needed to keep track of everything.

The Been-There-Done-That merchants will be unsurprised to learn that “the cost of upgrading our accounts package with a stock module was deemed too expensive, so the Operations Manager, who thought of himself as a bit of a coding wizard, decided he would build one.”

What could possibly go wrong with such an approach?

“His choice of database left a lot to be desired,” sighed Chris, “and we ended up with MS Access as the back-end database as he had done a course on it and liked it.”

To be fair, Microsoft Access does have its uses. It is, however, not always “the right tool for the job” and has frequently been found rammed into the most distressing of places by over-enthusiastic amateurs delighted to find it in the Office suite.

“The PFY and I waited,” said Chris, “with various degrees of trepidation for the new stock database to land.”

“Test versions were rolled out and tested, and we reported the catalogue of faults to the ops manager. Most of the faults were related to adding and removing stock.”

“Which is pretty vital in a stock system,” he understated.

Back and forth the bug reports went, until the Operations Manager finally declared his baby fit for production. The big red button was pushed and…

“From the start it was a train crash,” stated Chris.

Every month there were discrepancies between what was in that .mdb file and what was actually on the shelves. Every month the Ops Manager fiddled with the code to fix the errors and would end up breaking something else.

Chris and his PFY eventually tired of the shenanigans and simply performed a variant on month-end stocktaking. Each month the pair would pull up a report of what the app thought was in stock, compare it to the shelves and, where there was excess…

Hide the items under the floor.

“Bigger items like the 4u chassis we used,” he added, “were taken up to the plant room on the roof and hidden in there.”

Of course they were.

If there was a shortfall, the duo simply hauled things out of hiding to make up the numbers.

The Operations Manager was overjoyed – as far as he was concerned, his magical Access app was now working correctly. He was never told of the physical hack implemented to kick things ticking over.

Presumably up until Chris and the PFY both moved on and the bugs made a mysterious reappearance.

“I still wonder if anybody ever found the untold thousands of pounds worth of kit we had hidden under the floor or in the plant room,” mused Chris.