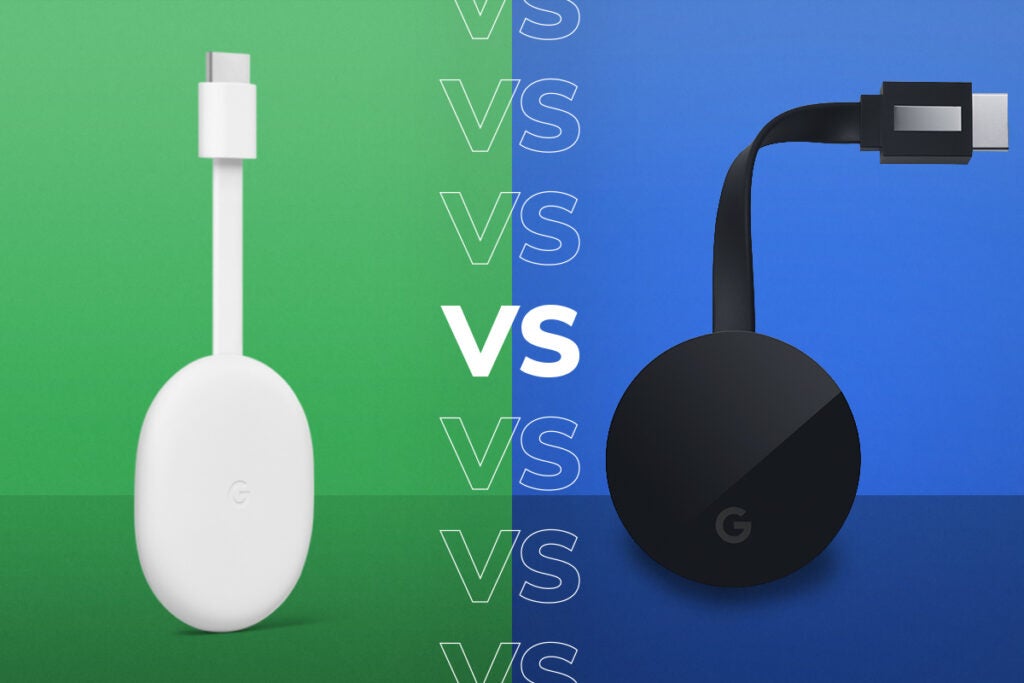 After over a year of silence, Google’s finally unveiled a new Chromecast with Google TV streaming dongle.

But, with it, on paper, featuring a nigh identical specs sheet to Google’s previous Chromecast Ultra dongle, which was the first to support 4K, you may, justifiably, be wondering what’s new.

As it turns out, not a lot. But there are a few key differences you should be aware of when picking between the new Chromecast with Google TV and Chromecast Ultra.

Only one of them comes with a physical remote

The Chromecast with Google TV has a very different design to the Chromecast Ultra. First off, Google’s thankfully ditched the scratchtastic plastic used on the Ultra, replacing it with a new matte finish.

Google has also tweaked the dongle’s shape, making it oval, rather than circular. The power supply is also slightly different with the Ultra’s getting Ethernet.

More importantly, Google’s taken a page out of the Amazon Fire TV Stick’s book and bundled the new Chromecast with Google TV with a new physical remote.

This is a key feature that’ll make it super easy to take advantage of the Chromecast with Google TV’s other key selling point, its TV software.

Google TV isn’t rolling out across all Chromecasts

Google TV is a new service that aims to pull in content from every subscription service you’re signed up to into one neat, easy to navigate place.

We haven’t tested it yet but, on paper, this means you’ll be able to search, see recommendations and play content from Google Play, Netflix, Disney Plus, All 4 and numerous other services all in one place. This is a key upgrade on the Ultra that simply lets you stream content from apps on your phone or tablet.

Only one of them supports Google Stadia at the moment

Despite the Chomecast with Google TV having more up to date software, the Ultra still has an edge in one key area: gaming.

At launch, the new Chromecast with Google TV won’t support Google’s Stadia streaming service. This seems like a bizarre omission considering the fact it’s only a tenner less than the Ultra, retailing for £59.99 and features an interface that’s ideally suited to house a Stadia app/shortcut.

It’s doubly odd as the new Chromecast supports 4K streaming at 60fps and is HDR-ready, making it otherwise a top-end product. Thankfully Google’s confirmed it will add support for Stadia at some point. Stadia is a nifty service that lets you buy and stream triple A games over the cloud, removing the need for expensive gaming PCs or consoles.

The post Chromecast with Google TV vs Chromecast Ultra: Should you pay more? appeared first on Trusted Reviews.