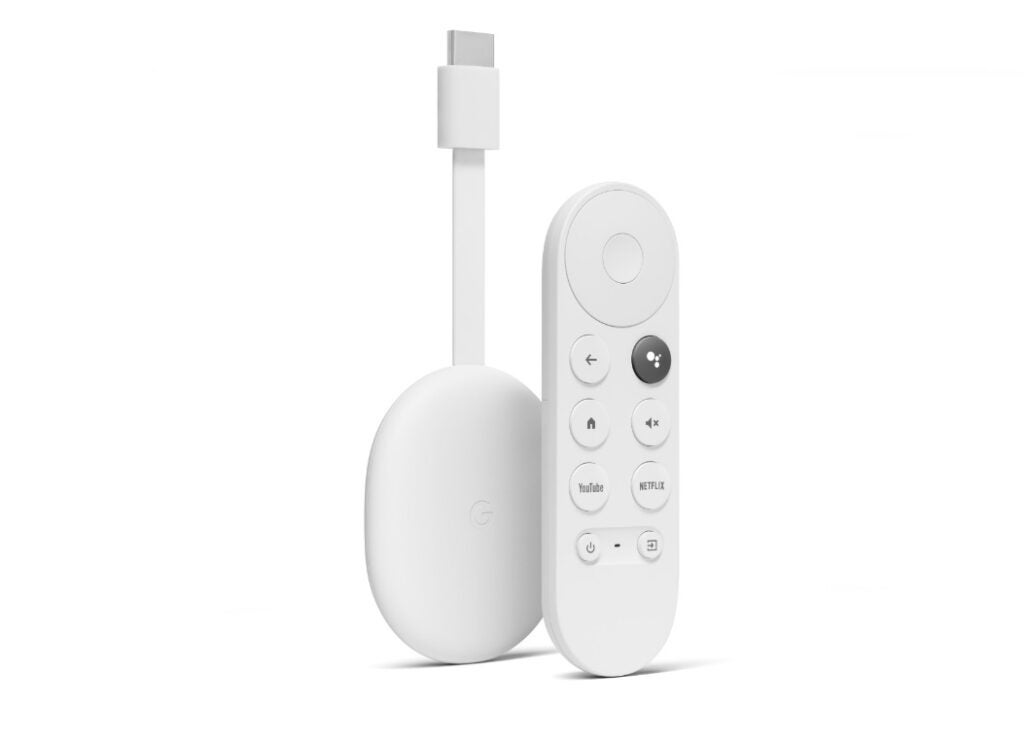 The new streaming stick from Google is official and it’s called the Chromecast with Google TV. Here is everything you need to know, including UK pricing and details on the new Google TV OS.

It’s been leaked for months and even available to buy at some stores in the US, but Google has finally made its next-gen Chromecast official. The Chromecast with Google TV is a notable step forward for the brand’s streaming stick, adding some heavily requested features both in terms of hardware and software.

The two biggest additions are a remote and an actual user-interface. Google has never bundled a remote with its Chromecast before, preferring users to Cast all the content from a connected mobile device. That’s all changed here, and you now have a way to control your content without needing to pull out your phone.

The remote is simple and sleek, with quick access to Netflix and YouTube along with a dedicated Google Assistant key. It can use its IR blaster to control the volume, power and inputs on your TV, and it’s powered by batteries rather than a rechargeable cell.

For the UI, Google has taken its Android TV platform and added a new skin on top. This is called ‘Google TV’ and it’s heavily focused on recommending content from streaming services. You can ask for titles via the Assistant and install apps directly onto the stick, something you couldn’t previously do. In the UK, these apps include Netflix, Disney Plus, ITV Hub, My 5 and Prime Video among others. If an app works with Android TV, it’ll work here.

Of course, you’ll still be able to Cast content from other services that don’t have dedicated apps.

The Chromecast with Google TV might only cost £59.99, but it offers a lot of features more in line with Chromecast Ultra than the cheaper option. It supports 4K HDR streaming up to 60fps with HDR10+ and Dolby Vision. There’s also support for HDMI passthrough of Dolby audio content, which includes Dolby Atmos. A notable absentee is Stadia, which is said to be coming in a future software update.

Like previous Chromecasts, this version plugs directly into the HDMI port on your TV and then into a USB port for power. It’s a small, rounded, pebble-like puck that comes in three colours. There’s a white, light pink and pastel blue hue available and you get a matching remote. Google says that 49% of its plastic mechanical parts are made with recycled plastic.

In the UK, you’ll be able to grab the Chromecast with Google TV from mid-October in the usual retail locations (Argos, Currys, John Lewis etc). It’ll set you back £59.99.

The post Chromecast with Google TV officially revealed: Here's what you need to know appeared first on Trusted Reviews.