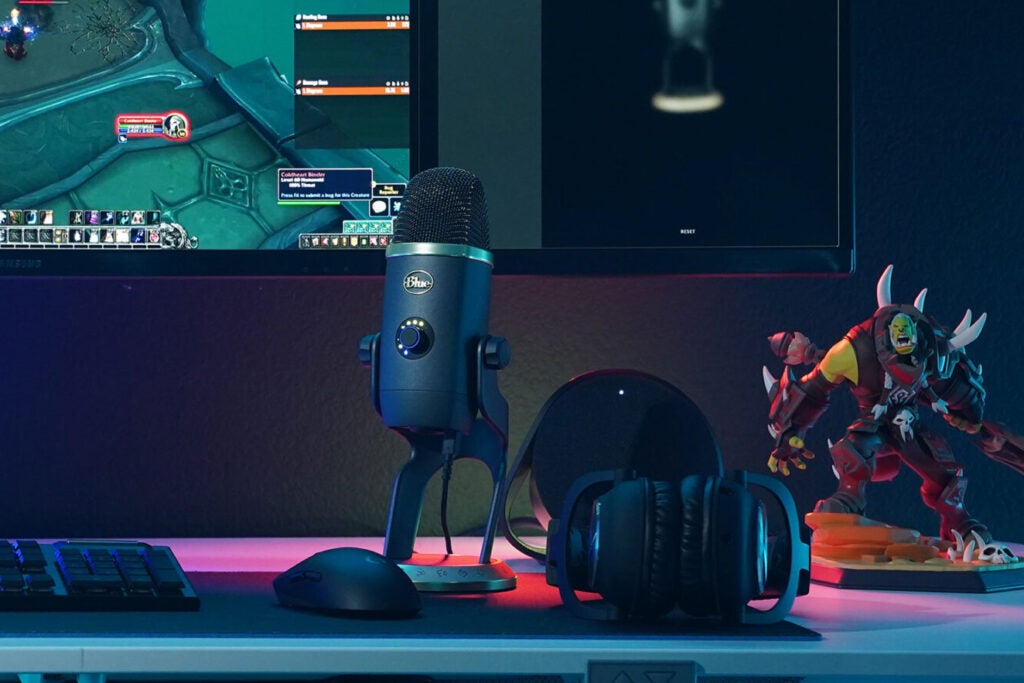 Blue Microphones has teamed up with Blizzard Entertainment to launch the Yeti X World of Warcraft Edition microphone.

The special edition microphone features a voice modulator that allows you to make your voice sound like Azeroth-based characters, including Orcs, Gnomes and Demons.

Hundreds of HD samples have also been taken from the upcoming World of Warcraft: Shadowlands expansion, providing oodles of variability for your Twitch streams or vlogs.

The Blue VO!CE software – available via Logitech’s G HUB platform – will allow you to tweak the microphone settings and perfect the character voice you want to adopt. You’re also able to play World of Warcraft flavoured sound effects midstream, whether that’s to celebrate a victory or amuse your audience.

This also means you can use the microphone in multiple ways, whether you want it focussed solely on your voice so it doesn’t pick up background noise, or switch it to ‘Bidirectional Mode’ to accommodate two people for podcasts and interviews.

The special edition Blue Yeti X microphone has also been given a World of Warcraft styled makeover, with runes lasered into the base and the game’s logo printed on the side.

Otherwise, it offers all the same features as the standard Yeti X microphone that launched last year, including compatibility with both Windows PCs and Macs. It’s apparently easy to set up too, simply requiring you to plug the USB cable into your PC.

The post Blue's World of Warcraft microphone makes you sound like an orc appeared first on Trusted Reviews.

Skype 8.65 brings “raise hand” and plenty of improvements to Insiders

AirPods 3: What you need on Apple’s next true wireless earbuds