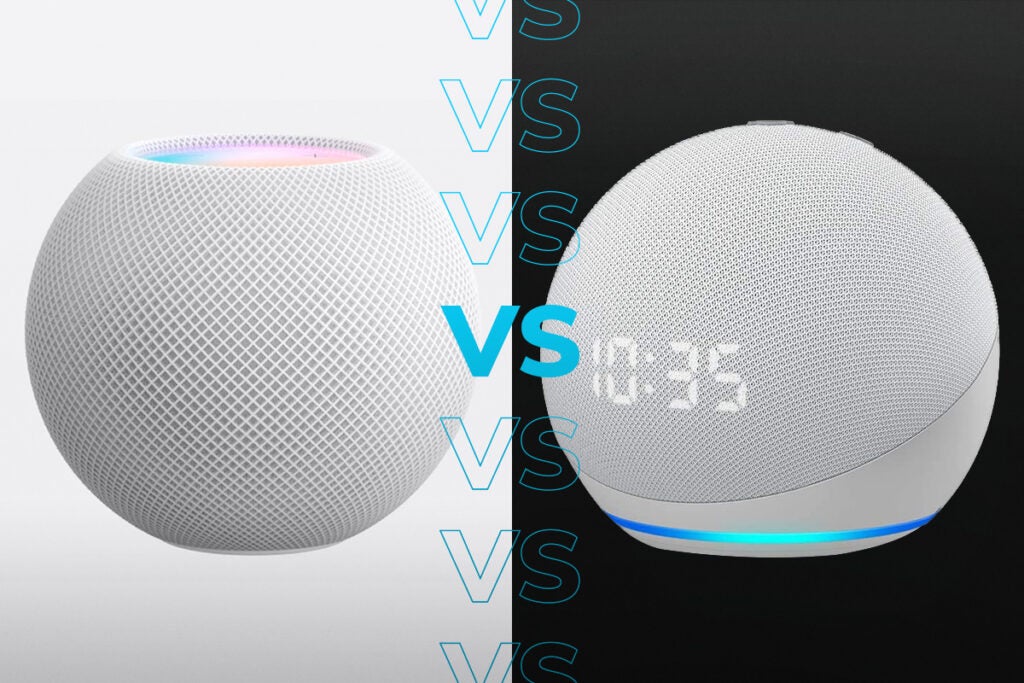 Apple has announced the HomePod Mini which looks to be a direct rival to Amazon’s Echo Dot? But which is the best miniature smart speaker for you?

We’ve rounded up the major differences between the Apple HomePod Mini and Amazon Echo Dot in order to help aid your buying decision.

So without further ado, here are the major differences in the Apple HomePod Mini vs Amazon Echo Dot face-off. 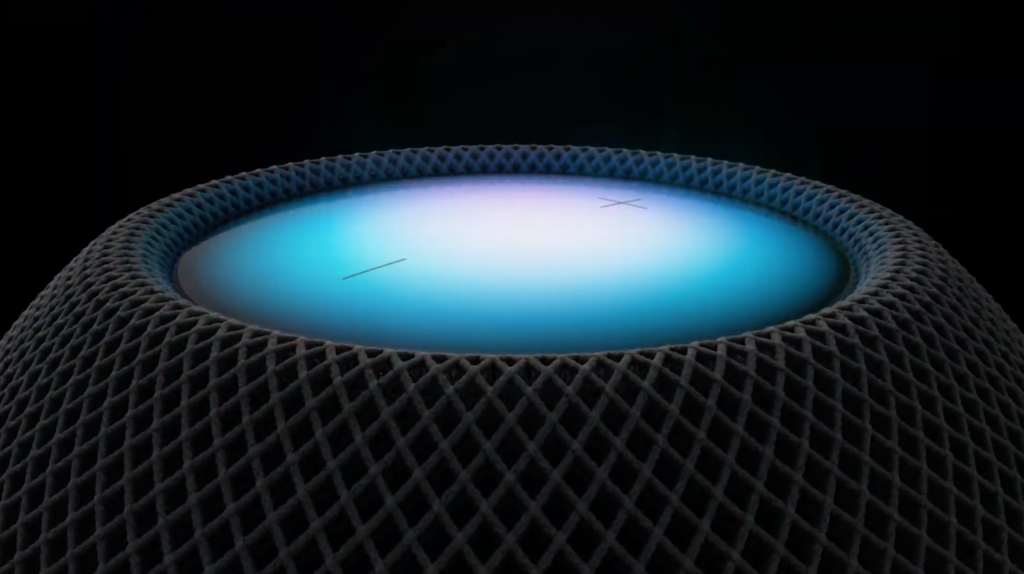 One of the biggest strengths of the HomePod mini looks to be the integration with iPhone devices. Modern iPhones with the same chipset will be able to trigger audio and haptic feedback effects when moving close into proximity with the HomePod Mini.

You can also use your iPhone to set personal ‘Updates’ so you can get quickfire pre-set responses from Siri, whether you want to hear the news, weather or your calendar.

HomePod mini will also support “Find my iPhone”, allowing you to use the smart speaker to trigger an alarm through your phone speakers so you can find exactly where it’s hiding down the back of the sofa.

One of the most exciting features for the HomePod mini is called ‘Intercom’. As the name suggests, it allows you to send voice messages via the HomePod to other Apple devices such as the iPhone, iPad, Apple Watch, AirPods and even other HomePod.

Apple’s showcase demonstrated a parent telling their child that it was time to leave the house via the HomePod mini, with the voice message instantly playing on all the other Apple devices in the household.

Of course, Amazon Echo already allows you to broadcast your voice to other Echo devices in the same house, but Apple has gone one step further by including compatibility for devices such as Apple-made smartphones, tablets and headphones.

HomePod mini is practically the same size as the Echo Dot

The Apple HomePod mini is pretty ‘mini’, so much so that it’s a few millimetres shorter than the Echo Dot. While the new 4th gen Echo Dot measures in at 89mm tall, the HomePod mini peaks at 85mm.

That makes them effectively the same size and both speakers look comfortably small enough to blend into your home. We also think the mini looks rather lovely, with a mesh fabric design making it appear very friendly.

Apple has announced that the HomePod mini will be available in two different colours: White and Space Grey.

HomePod mini is nearly double the price of the Echo Dot

There’s no doubt that the HomePod Mini looks like a very competitive device to Amazon’s Echo Dot, but it’s also more expensive.

The HomePod Mini is priced at £99, whereas the upcoming Echo Dot has a retail price of £59.99. That said, the Echo Dot devices frequently sees price cuts, while Apple devices don’t get price reductions as often.

So which is better?

We’re yet to review either of HomePod Mini or the 4th gen Echo Dot, so we’re unable to offer our definitive verdict on which mini smart speaker is the best. However, jugging from Apple’s showcase event, it looks like the HomePod Mini is the better option for iPhone users given its expansive integration.

But even then, given the HomePod Mini is almost double the price of the Echo Dot, those features will have to offer a very good seamless experience to justify the added cost. The audio quality will also be factor, but we won’t know much about that until we get to review the smart speaker.

However, Android users won’t get any added benefits from the HomePod Mini, so it’s a no-brainer choice to opt for the 4th gen Echo Dot instead given its cheaper price. The HomePod Mini should only really be considered if you’re already committed to the Apple ecosystem.

Demon’s Souls Remake: PS5 exclusive will have 4K and performance modes at launch