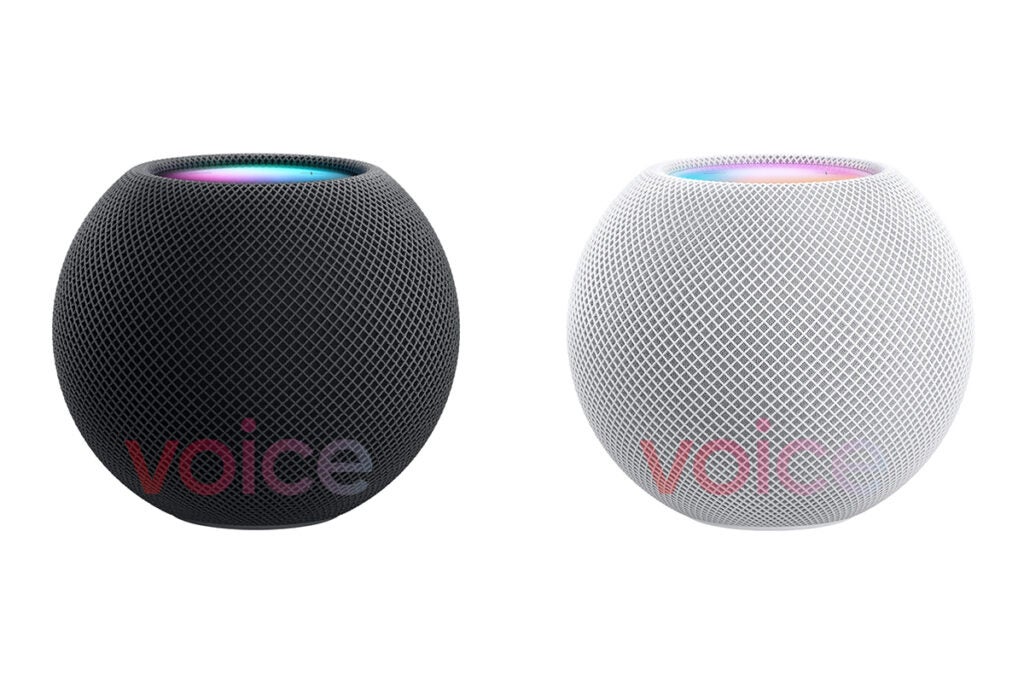 It’s almost certain that Apple will be announcing another HomePod 2 speaker at its October event, and it’ll be in the form of a HomePod Mini.

Though Apple could come up with a different name (we’ve become quite fond of the HomePod Mini variation), other information has spilled out about the upcoming smart speaker ahead of the event. It’s set to be a lot more affordable than the original HomePod and thanks to online tipster Evan Blass we have our first potential glimpse of what the speaker looks like.

When will the HomePod 2 be released?

It would seem that Apple will announce the HomePod 2 at its iPhone event on October 13th.

Part of this thought process is down due to Apple removing Bose, Sonos and Ultimate Ears wireless speakers from its store, leaving space for just its own products. That, and images have leaked ahead of the event showing what is a smaller HomePod with a similar design.

How much will the HomePod 2 cost?

A price of around $150-$200 was pegged by MacRumours back in 2018. It’s now been reported it could be as low as $99, which would put in direct competition with Amazon’s Echo speakers and the Google Nest Audio speaker.

It looks like Apple is going to enter in the cheaper side of the market dominated by the likes of Amazon and Google.

Some intriguing design routes have suggested that the next HomePod could have controls fused into the design that light up when needed. This may also factor into another patent Apple lodged in 2017 regarding gesture controls. If it’s smaller then perhaps there’s no need for physical buttons. There have also been rumours of Face ID integration, too.

However, there have been multiple reports since 2018 that the HomePod 2 won’t be a full-sized replacement. Instead it’ll be a smaller version dubbed the HomePod Mini. The latest leak from the usually reliable L0vetodream adds further fuel to the fire that the new speaker is in fact a HomePod Mini.

A user named Kang on Chinese social media website Weibo (picked up by 9to5Mac) said the HomePod Mini will measure 3.3-inches tall, which is about half the original HomePod (6.8-inches).

And ahead of the event online tipster Evan Blass revealed on Twitter images of the smaller HomePod speaker in Space Gray and White variations. The speaker is spherical in shape, similar to the design route that Amazon has gone down with its latest Echo speaker range. You can just about see the volume controls at the top of the speaker. Otherwise the design language is similar to the original HomePod, with its mesh soft-touch finish that wraps around the speaker.

The size makes it more suitable for placing on a desktop (or indeed any other surface). Our concern with a smaller speaker is that the sound, which is the HomePod’s best attribute, will be reduced due to its smaller size. As ever, we’ll have to wait and hear the speaker itself.

Given the HomePod uses the 2014 A8 chip and that Apple is on A13 Bionic chip, the A8 is starting to look dated. Recent news says it will use the S5 processor, which is the same as the one that’s in the Apple Watch Series 5.

We suppose that would make sense, given it seems this is a smaller version of the HomePod. Jon Prosser has said that the HomePod 2 will feature the U1 chip, and that chip is purported to be coming to several new products including the AirPods Studio.

What’s so important about the U1 chip? Well, according to Prosser it’s down to UWB (Ultra Wide-Band) technology that Apple is bringing through to its products, and is stated as being as important as Bluetooth or Wi-Fi, allowing Apple products to transfer data faster as well enable more accurate location tracking. The HomePod Mini would act as a UWB hub in the home, interacting with other UWB compatible devices.

HomePod continues to work within its own gated community. Bloomberg did report that Apple is looking to add additional music services, so perhaps integration with other streaming services is on the way.

Siri has lost a bit of ground compared to its rivals. As such Apple has acquired AI startups, and the Cupertino-based company is thought to be revamping its strategy with regards to smart home services.

The ‘smart’ features could also do with a facelift too. Siri is not carried by either Ring or Nest, and HomeKit is supported by fewer devices. If Apple wants mass market penetration, it’ll eventually have to open up.

Should you wait for the Apple HomePod 2?

The original HomePod was a solid first gen smart speaker from Apple, with the best audio performance of any smart speaker out there. But it’s not as smart as others, nor does it buck the trend of Apple’s iOS walled garden.

If you’re invested in Apple’s physical and digital ecosystem, then the HomePod is most certainly designed with you in mind, and it’s likely the next HomePod will carry over similar traits.

If Apple can drum up a number of improvements in the smart arena, drop the price and keeps the audio performance, Apple could be onto a winner with a HomePod Mini.

The post Apple HomePod Mini – Our first glimpse of the HomePod 2? appeared first on Trusted Reviews.

Your Phone app will soon work with multiple Android smartphones