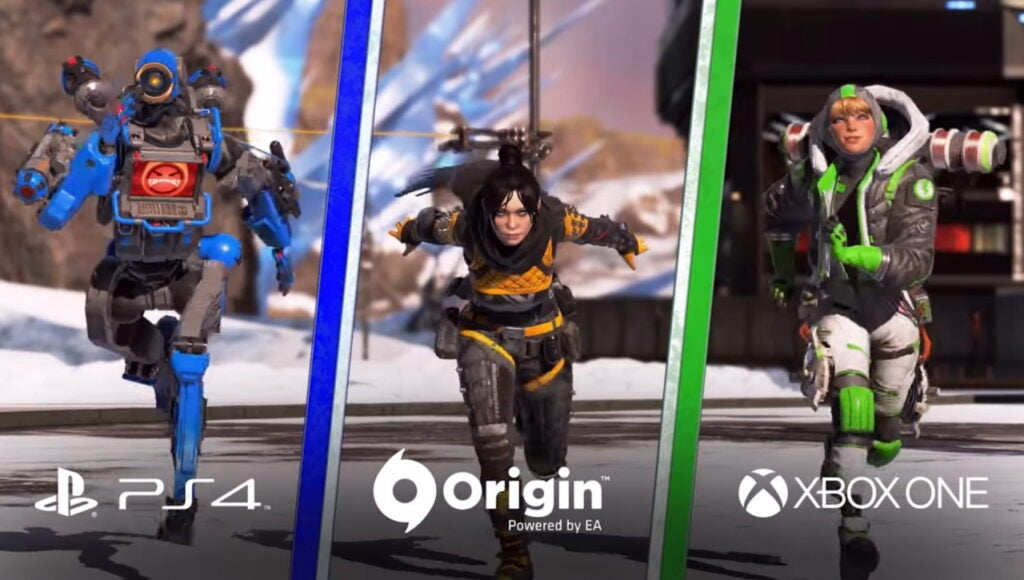 Electronic Arts and Respawn Entertainment have announced that it will begin testing crossplay in Apex Legends with the arrival of its next major update.

First teased at EA Play earlier this year alongside the Nintendo Switch version of the popular battle royale, crossplay will allow players across PS4, Xbox One and PC to play alongside one another without issue. It’s becoming rather common with big online experiences, so we’re chuffed to see Apex Legends jumping on the trend so happily.

The beta test for crossplay will arrive across all platforms on October 6 alongside the upcoming Aftermarket Collection event. Players can also jump into a new limited-time mode called Flashpoint to compete for exclusive cosmetics and other unlockable items.

As for the crossplay portion of this new update, you will be able to add friends and party up with other players from neighbouring platforms as a beta participant. Cross-platform progression sadly won’t be present in the beta, but there’s a possibility it will be coming in the future. The Steam version of Apex Legends will also support the feature when it arrives later this year.

Mouse and keyboard users will be separated from the controller crowd to avoid unfair competition, and those who fancy avoiding this crossplay business altogether can simply opt out of it with the toggle of a menu option. Much like Call of Duty and Fortnite, we expect crossplay will become the norm in Apex Legends once the beta concludes.

It will be interesting to learn when the inevitable PS5 and Xbox Series X versions of Apex Legends will arrive, and if progression from their hardware siblings will carry over. Given the amount of unlockables I’ve earned throughout Apex Legend’s multiple seasons I’d be a little peeved if everything reset with the next generation. However, I highly doubt that will end up being the case.

The post Apex Legends will finally introduce crossplay with its next big update appeared first on Trusted Reviews.